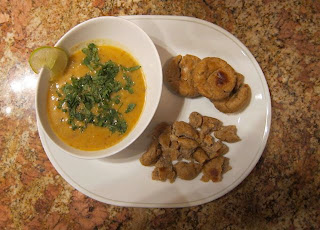 Guest Blogger: Sveta Shah
This is a traditional dish from the state of Rajasthan in India, filled with richness and aroma and has a special flavor which is not available everywhere in the country.  Rajasthani cuisine is incomplete without the mention of the delicious Dal – Baati (Lentils with Thick Indian Bread made from whole wheat flour).

Ingredients for Tarka or Tempering: 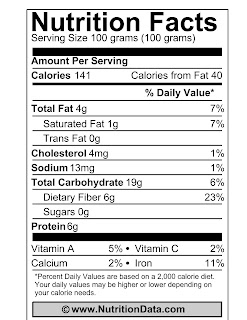 Serving Size is 1/20th of Recipe.
Clarified Butter and Ghee
From: http://www.webexhibits.org/butter/clarified.html
For centuries, clarified butter has had enormous cultural influence around the globe. Making clarified butter involves slowly heating unsalted butter to 212°F (100°C) and letting it boil until the water vaporizes. Once the bubbling stops, three layers remain: whey protein, liquid fat, and casein particles. Once you remove the skin of whey protein, you can pour off the fat, which is the clarified butter.
For smaller quantities of clarified butter, use a heavy saucepan and watch for the telltale signs of clarification (white, and then brown specks at the bottom of the pan). Remove the pan from the heat, and set into a cold-water bath for a few seconds. Skim off the top layer, or strain the contents of the pan through a triple layer of cheesecloth or a coffee filter.
Clarified butter is perfect for frying over high heat, since the components that cause butter to scorch – protein and casein – have been removed. Regular butter can be used, though, for frying proteins over medium heat. In fact, the buttery flavor of the caramelized milk proteins will stick to the meat, and the fat can be poured off.
If you’re frying breaded foods, make sure to use fine, fresh breadcrumbs and sauté using clarified butter. The result is extremely flavorful, but without the greasiness of breaded foods fried in oil.
Ghee
Ghee is the name for anhydrous butter fat in India, where it is prepared in large quantities; it is commonly mixed with the milk fat of the water-buffalo. The full name is usli ghee, and the spelling ghi is sometimes used, or in sanskrit ghrta. Ghee is the chief form of cooking oil in many Indian regional cuisines; it is also used medicinally and plays a part in some Hindu religious ceremonies. [Read more on ghee in India.]Samna (also samneh, samn) is the name for butter fat in Egypt and elsewhere in the Middle East, where it is also prepared in large quantities; it is commonly mixed with the milk fats of sheep and goats. It turns up in North Africa as sman, sometimes flavored with herbs, or spiced, or aged. Ethiopia also has a spiced version,nit’r k’ibe. [Read more on smen.]
The butter is melted and the simmered long enough to boil off all the water, during which time it takes on a buttery taste. It is used especially, but not exclusively, for cooking meat, and it is essential for many Indian dishes. Ghee is the clear butter fat. By removing the albuminous curd and water that favor the growth of organisms promoting rancidity, anhydrous butter fat does not become rancid as readily as butter and can be stored unrefrigerated for several months.
Here is an example recipe:

Ghee is produced as follows. Butter made from cow’s milk is melted over a slow fire and then heated slowly until the separated water boils off. The vessel holding the butter is then allowed to cool; semifluid, clear butterfat, which makes the finest ghee, rises to the top of the melted butter and may be poured off, leaving the curd (precipitated protein) at the bottom of the vessel. The curd, which still contains 50 percent or more butterfat, may be reworked with the addition of peanut oil or buffalo milk fat to make inferior grades of ghee.

A significant portion of Indian ghee is made from buffalo butter, but only ghee made from cow’s butter has any religious or medical significance among Hindus. Early Sanskrit writings attributed many medicinal qualities to ghee, such as improving the voice and sight and increasing longevity. Ghee is used in almost every one of the numerous religious ceremonies that Hindus observe at different points in their lives, including birth, initiation into manhood, wedding sacrifices, and gift-giving at death. Images of the gods are washed in ghee, and it is frequently used to light holy lamps or is thrown upon an altar fire in sacrifice.
Let me know what you think by leaving a comment!
I love to hear from my readers!
Join my Newsletter here & receive
“Five 20 Minute VegFusion Recipes Your Family Will Love”
for free!